I want to share this article about the USS Nautilus because my uncle, Bobby Joe Faircloth, was on it’s mission under the Polar ice caps.  His mother received a telegram from the president when the mission was over because it was top secret and no one in the family heard from my uncle during the mission.  My mother, Sylvia Faircloth, received a Christmas letter from my uncle on the official Nautilus stationary.  She saved it for years and it’s now in the possession of my daughter, Kira Coats.  There were several pictures of the Nautilus I found for this article and the one I chose looks the most like the one my uncle had hanging on his wall.  His had the signatures of all the crew.  Recently, I found a model kit of the Nautilus which was a real find. I bought two, one for my cousin and one for my aunt.  The Nautilus, by the way, was the first nuclear submarine. 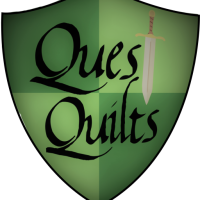 I can't eat biscuits, but I have a better idea ...

Find me as Indian Vlogger Shona on Youtube "LifeStyle Vlogger"

I could be wrong (I often am).

Veterans One Hand Up Inc

A single hand up. You raised your hand. We extend our hand.

Life is an adventure! Preserve your memories in a quilt.